The international community is stepping up pressure on Mexico to follow through with its plans to legalize and regulate marijuana, the country’s Senate president says.

And while top Mexican lawmakers have taken steps to craft and debate cannabis reform proposals for the past few years without sending any piece of legislation across the finish line to date, there are renewed talks about pursuing a policy change when the new session begins on Thursday.

Senate President Olga Sánchez Cordero of the MORENA party said that she’s heard from a colleague who recently visited leaders in several Latin American countries, and they’re consistently asking about the status of Mexico’s efforts to legislatively end prohibition and set up a regulated marijuana market.

The former cabinet member under President Andrés Manuel López Obrador has long advocated for legalization, and she said “we are falling behind in the world if we do not advance on this issue,” according to a translation of a report from Proceso.

Sánchez Cordero separately spoke about marijuana reform efforts days before the start of the new session in another interview last week.

The Senate leader said that Sen. Lilia Margarita Valdez Martínez, a MORENO lawmaker who chairs the body’s Health Committee, told her that she heard from officials in Chile, Argentina and Colombia who have asked “when Mexico will take this important step in the regulation of cannabis.”

It’s a question on the minds of people far and wide, as Mexican lawmakers have routinely suggested that they considered legalization legislation a priority, especially after the country’s Supreme Court ruled in 2018 that the prohibition on cannabis possession and cultivation for personal use is unconstitutional.

Senate Majority Leader Ricardo Monreal, an advocate for reform, said earlier this week that enacting regulations for cannabis will (again) be among the top legislative priorities of Congress in the new session, Cronica reported.

He said that the “use of cannabis for therapeutic, industrial or recreational purposes is a matter of public health and safety, economic development, and [the] guarantee of the freedom to decide, in an informed manner, about its consumption.”

Legalization could represent an economic boon for Mexico, he said, adding that it’s also important to create a regulatory framework that effectively curbs the illicit market and minimizes the influence of drug cartels.

“If we establish pertinent mechanisms, modalities and restrictions in its cultivation, production and sale, we will be able to have a regulated market that prevents its use by minors and reduces legal costs such as, for example, those of [law enforcement] surveillance for possession for personal consumption, with which resources can be released to attend to other social problems.”

Late last year, a draft marijuana legalization bill was circulated among lawmakers in the Senate, with plans to put the issue to a vote in December.

But that never ended up happening, with legislators continuing to kick the proverbial cannabis can down the road. Under the draft bill that was distributed, adults 18 and older would have been allowed to purchase and possess up to 28 grams of marijuana and cultivate up to six plants for personal use.

It’s been about four years since the nation’s highest court deemed prohibition unconstitutional, leaving it up to Congress to enact a policy change, accordingly. But lawmakers have so far been unable to reach a consensus on legislation to put in place regulations for a cannabis program.

At the request of legislators, the court agreed to extend its deadline for Congress to formally end prohibition on multiple occasions. But because of the repeated failed attempts to meet those deadlines, justices ultimately voted to end criminalization on their own last year.

Sánchez Cordero, for her part, said last year that “there is no longer room for the prohibitionist policy.” And she also said that the influence of the U.S. is to blame for failed marijuana criminalization laws in her country.

The Senate approved a legalization bill in late 2020, and then the Chamber of Deputies made revisions and passed it last year, sending it back to the originating chamber. A couple of Senate committees then took up and cleared the amended measure, but leaders quickly started signaling that certain revisions made the proposal unworkable.

After the Chamber of Deputies previously approved the Senate-passed legalization bill, senators said that the revised proposal was critically internally conflicted—on provisions concerning legal possession limits, the definition of hemp and other issues—and lawmakers themselves could be subject to criminal liability if it went into effect as drafted.

Sen. Eduardo Ramírez Aguilar of the MORENA party said in April 2021 that “at this time, it is important to legislate in the terms that are presented to us” and then consider additional revisions to cannabis laws through subsequent bills.

That’s the position many legalization advocates took as well, urging lawmakers to pass an imperfect bill immediately and then work on fixing it later.

Mexico’s president said in late 2020 that a vote on legalization legislation was delayed due to minor “mistakes” in the proposal.

Members of the Senate’s Justice, Health, and Legislative Studies Committees had approved a prior version of legal cannabis legislation in 2020 as well, but the coronavirus pandemic delayed consideration of the issue.

What remains to be seen if what kind of changes lawmakers will be willing to make to the legalization legislation in the new session, and whether it will face the same legislative obstacles that has kept reform from being enacted over the past four years.

But for the time being, the messaging from top lawmakers sounds familiar: cannabis policy is a priority, lawmakers are working on it and the longer Mexico waits, the international policy gap on the issue will continue to widen.

Just this month, the newly sworn-in Colombian President Gustavo Petro has talked up the potential of legalizing marijuana, and he added that it’s time to seriously think about releasing people who are currently incarcerated over cannabis—especially in light of reforms that have been enacted in U.S. states and Canada. 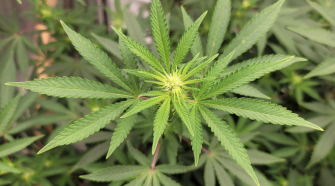 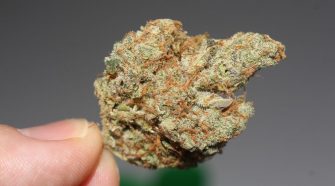 Missouri Marijuana Legalization Measure In Danger Of Not Qualifying For Ballot

“All of our signatures went through a rigorous quality control process, so we know what we have in each district.” By Rudi Keller, Missouri Independent Whether Missouri voters will get a chance to legalize recreational marijuana in November is still in question. The latest incomplete tabulations from Secretary of State Jay Ashcroft’s office, obtained under … 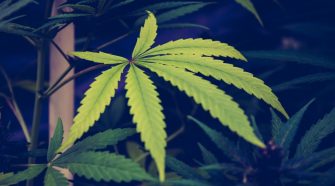 Following a spate of deadly robberies targeting marijuana retailers in Washington State, officials are stepping up their push for federal cannabis banking reform—a topic that will be addressed at a roundtable next week involving regulators, lawmakers, advocates and stakeholders. The state’s Liquor and Cannabis Board (LCB) said that at least three people were killed within …

A newly revised bipartisan marijuana research bill that was introduced in Congress on Thursday is being fast-tracked, with floor action on the legislation expected to happen next week before it is potentially sent to the president’s desk. If things go according to plan, that would make the bill, which is nearly identical to an earlier … 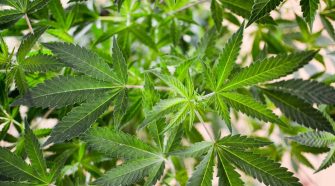 The Oklahoma attorney general has revised the ballot title of a marijuana legalization initiative that activists hope will be certified to go before the state’s voters in November, making mostly technical changes that the campaign views as satisfactory. Oklahomans for Sensible Marijuana Laws (OSML) turned in what they consider to be more than enough signatures … 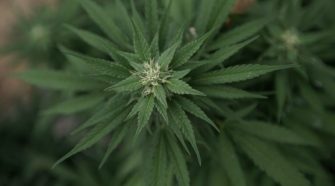