Senator Hopes To Pass ‘Some Key Reforms’ On Marijuana This Year, But Says Full Legalization Is A ‘Difficult Feat’

Nearly 2 Million Marijuana Convictions Have Been Pardoned Or Expunged In The U.S. In The Past Five Years, New Report Shows


“You don’t get the whole enchilada on the first try. You get what you can. When the sky doesn’t fall, you come back to the table and you try to move it again. That’s how legislation is done, and that’s what we’re going to do.”

For the Wisconsin Legislature, getting to the point where a conversation about legalizing cannabis could be had in committee has been challenging. It’s a first step legislators finally took Wednesday, April 20, an annual day of celebration for cannabis activists.

The public hearing on the legislation (SB 1034), which would legalize medical marijuana, was held in the Senate Committee on Insurance, Licensing and Forestry and attracted about five hours of testimony. The majority of the testimony called for an end to all cannabis prohibition in Wisconsin.

Attempts to even hold public hearings on bills to legalize cannabis have routinely failed. During the 2021-23 budget process, proposals by Gov. Tony Evers (D) to fully legalize recreational and medicinal cannabis use were stripped out of Evers’ budget document by Republican-controlled committees. The 2022 medical cannabis bill, first introduced four years ago by now-Sen. Mary Felzkowski (R-Irma) when she was a member of the Assembly, provides the foundation for a limited-use medicinal market.

Under the legislation, cannabis can be recommended by physicians, physician assistants, and advanced practice nurses who must be registered in Wisconsin and certified to recommend cannabis. The bill excludes the use of flower cannabis, which can be smoked, vaporized, or made into edibles. Rather, cannabis may only be provided in the form of a liquid, oil, pill, tincture, or topical ointment.

Tomorrow, my committee will have a public hearing on my bill to establish a medical marijuana program in Wisconsin. If you aren’t able to come, please feel free to tune into the hearing live at https://t.co/1suiCjVw7g and listen to the conversation. pic.twitter.com/TfrJbu5RZZ

The commission would have a multitude of functions. Caregivers and patients could apply to the commission to receive a registry identification card, required in order to receive medicinal cannabis. A list of registered cardholders must also be maintained by the commission. Additionally, the bill limits medicinal cannabis use to eight specific conditions: Crohn’s Disease, glaucoma, cancer, HIV/AIDS, seizure disorders, multiple sclerosis, Post Traumatic Stress Disorder and Amyotrophic Later Sclerosis.

The limited number of qualifying ailments garnered critical feedback from members of the public who testified.

Felzkowski responded that the legislation is continuing to evolve. The commission would also have authority to add additional qualifying ailments.

“We are open to amendments to this bill,” said Felzkowski. “As many of you know, having been in the Legislature for quite some time, the bill proposed is usually not the bill passed. So this is a starting framework. The purpose of this committee hearing today is getting that conversation going with a lot of the different groups. A lot of the different utilizers, medical people, that we have maybe not talked to or that have changed their position on some things—because this bill was introduced four years ago for the first time—and then maybe amending the bill.”

.@RepSnyder85 and I are excited to preview our medical marijuana bill ahead of what we hope is a productive hearing today! pic.twitter.com/8kOug0OcMH

Felzkowski explained that the first set of ailments was based on the qualifying conditions in other states.

“This is the start of this piece of legislation, not the end of it,” said Felzkowski.

According to the most recent Marquette University Law School poll, 61% of Wisconsinites including both Democrats and Republicans support legalizing cannabis. When phrased to focus on medicinal legalization, the numbers are even higher.

When the bill was first introduced four years ago, Rep. Patrick Snyder (R-Schofield) recalled how strong support was even then.

“We just heard from so many of our constituents about the need for something like this,” said Snyder. “I couldn’t believe that many folks were in tough straits like that medically.”

Support across party lines was evident throughout the hearing. However, while many people who testified supported legalization, some chose to not support this specific bill.

Sen. Melissa Agard (D-Madison) said that the bill doesn’t go far enough, and fails to address systemic issues arising from the drug war and prohibition. Besides the continued prohibition on cannabis flower, Agard raised concerns about caregivers and patients needing to go to a commission of political appointees. She also highlighted that the bill doesn’t explore issues like expunging records for past cannabis convictions. The bill also prohibits anyone with a previous drug-related conviction from applying to become a caregiver who can access medical cannabis.

“Additionally, this bill would allow employers to test and punish employees for using cannabis in the state of Wisconsin,” she said.

Although she feels the bill falls short, Agard said she’s excited that the conversation can finally happen. When she served in the Assembly, Agard introduced legislation to fully legalize cannabis—an effort that is still stalled. Meanwhile, some municipalities have moved to lower existing penalties for possession. Even while law enforcement in some areas deprioritizes cannabis, racial disparities in enforcement continue to plague the system.

Sen. Lena Taylor (D-Milwaukee) continually raised that issue during the public hearing. Black residents in Wisconsin are 4.2 times more likely than white people to be arrested for cannabis possession. The state ranked 14th highest in the nation for racial disparities for cannabis arrest convictions. Taylor also highlighted that the state leads the nation in the incarceration of Black residents, and hosts the nation’s most incarcerated zip code.

Taylor expressed additional concerns regarding the bill’s exclusion of people with prior drug-related convictions—not only as potential patients, but also people who might want to get into the industry themselves.

Rep. Sylvia Ortiz-Velez (D-Milwaukee), who represents Milwaukee’s near South Side, highlighted the other uses for cannabis. Ortiz-Velez’s district has the state’s highest density of drug overdose deaths.

“When it comes to marijuana, we know that marijuana can be an exit plant,” she stressed. “We know that the opioid addiction can be reduced by legalizing medical marijuana. And I have the honor to serve and speak to so many of my constituents on this issue. And they have told me, and they have asked me, ‘When can my medicine be legal? What can you do to help me to make my medicine legal? I don’t want to take opioids for my chronic pain.”

Ortiz-Velez stressed that “too many people are suffering because they don’t have access to a plant.”

Many people shared experiences of how cannabis helped them or those they cared about. They included veterans who used the plant to relieve PTSD and physical pain, people who used cannabis to avoid addictive drugs and people who moved out of state due to Wisconsin’s prohibition. The Wisconsin Medical Society has opposed medical cannabis. Many studies have been done on the effects of cannabis for a variety of uses. The Business Education Fund and the Wisconsin Hemp Farmers & Manufacturers Association registered in favor of the bill, while the Wisconsin Chiefs of Police Association registered against.

Rep. John Macco (R-Ledgeway) shared how cannabis relieved his late wife’s pain as she battled cancer. As a result, however, Macco and his wife were committing a crime because cannabis is illegal. “It’s beyond time for us to legalize medical marijuana in Wisconsin,” said Macco, noting that the bill itself isn’t a pathway to full legalization.

Although the Legislature has adjourned until 2023, Felzkowski rejected the charge that the hearing was a gimmick, instead describing it as an important step in a long process.

She added: “You don’t get the whole enchilada on the first try. You get what you can. When the sky doesn’t fall, you come back to the table and you try to move it again. That’s how legislation is done, and that’s what we’re going to do.”

This story was first published by Wisconsin Examiner.

Biden Health Secretary Has Already Talked To FDA About Marijuana Scheduling Review, Which Will Move ‘Quickly’

“The president was very clear—he wants this done as quickly as possible.” By Mitch Perry, Florida Phoenix U.S. Health and Human Services (HHS) Secretary Xavier Becerra said in Tampa Friday that he intends for his agency to move “as quickly as we can” to comply with President Joe Biden’s directive to review the decades-old policy … 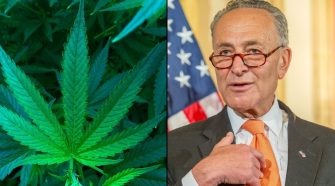 Senate Majority Leader Chuck Schumer (D-NY) said on Tuesday that he and colleagues are in the process of reaching out to Republican senators to “see what they want” included in a bill to federally legalize marijuana he’s planning to introduce later this month. The leader was pressed during a briefing with reporters about the fact …

“There are alternatives to plastics, but the companies selling the product will probably just go for the cheapest packaging they can find, which is plastic.” This article originally appeared on Inside Climate News, a nonprofit, independent news organization that covers climate, energy and the environment. It is republished with permission. Sign up for their newsletter … 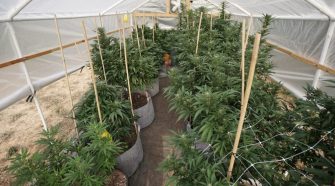 “I am struggling with a very immature program. It is now stuck in that constipation mode.” By Geoff Pender, Mississippi Today Dozens of licensed cultivators have about 80,000 marijuana plants growing. Around 1,100 patients have signed up for medical marijuana, and 96 doctors or nurse practitioners are working to certify them. Small growers are complaining … 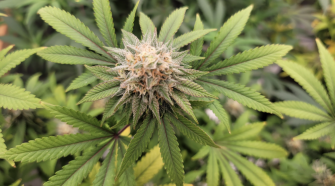 Vice President Kamala Harris says that voters should elect lawmakers who support marijuana reform so that Congress can enact a “uniform approach” to the issue in light of the president’s cannabis pardons. During an appearance on Late Night with Seth Meyers on Monday, Harris was asked whether she expects the House and Senate to follow … 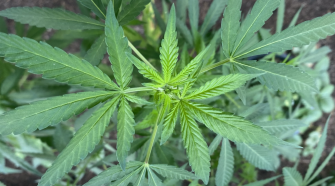 Minnesota Governor Predicts State Will Legalize Marijuana ‘By May’