Mexico Is ‘Falling Behind’ Other Countries On Marijuana Legalization, Top Senator Says, But Congress Will Prioritize Reform In New Session


Colorado officials on Friday announced another round of auctions for ceremonial, marijuana-themed license plates to raise money to support programs for people with disabilities.

People are able to bid on 22 different license plates with cannabis terms—like “WEED,” “420,” “BONGWTR,” “HASH” and “THC”—until April 20 and 4:20pm MT, with the first-to-legalize state strongly leaning into the marijuana holiday.

For over a decade, Colorado has been a leader in the cannabis space, bringing bold, and creative businesses to the state. This effort allows us to celebrate Colorado’s mile-high reputation and fund critical programs in our disability community.https://t.co/rBL3wGEaAV pic.twitter.com/xN9doq4GBj

“For over a decade, Colorado has been a leader in the cannabis space, bringing bold, innovative and creative businesses to the state,” Gov. Jared Polis (D) said in a press release. “This effort allows us to celebrate Colorado’s mile-high reputation and fund critical projects and programs in our disability community.” 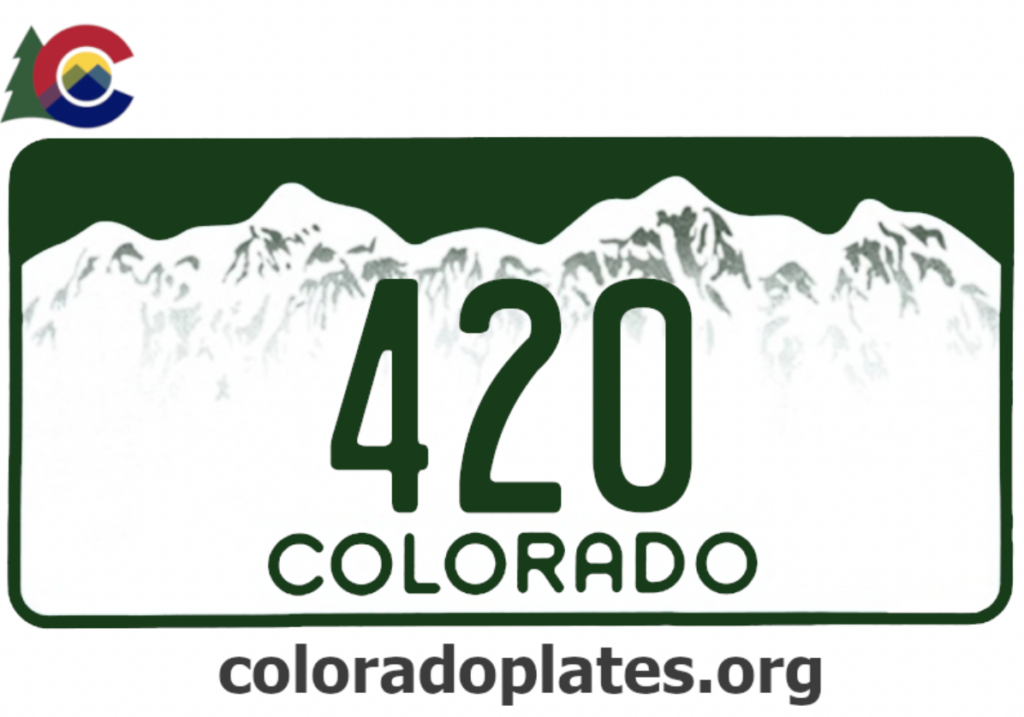 As an example, a representative of Family Voices CO, which received a grant from the 2021 auction, said that it gave the organization the opportunity to launch a pilot program to help 12 children experiencing deaf-blindness.

Other plates in the new auction include ones reading, “BLUNT,” “DABBING,” “TERPENE,” “TOKER,” “VISINE” and “NORML.”

One of the top sellers from last year’s auction was the “TEGRIDY” plate, a nod to the fictional South Park marijuana farm. Polis presented the creators of South Park with the souvenir license plates late last year, and he also said one of the show’s most popular stoner characters would make a good mascot for the state.

The press release from the governor’s office emphasizes that “it is never a good idea to mix driving and cannabis.”

“Cannabis impairs critical abilities needed to drive safely, which can result in a crash,” it says. “A DUI can cost more than $13,500 and include jail time, loss of license and more.”

People who don’t live in Colorado can also bid. If they win, they will be sent a novelty plate without the security features that come on a normal plate.

Despite being one of the first states to legalize for adult use, Colorado’s cannabis program is continually evolving.

Meanwhile, Colorado officials announced in January that the state has achieved a “wildly important goal” of increasing diversity in the legal marijuana industry—but the data shows there’s still a way to go before cannabis business ownership is on par with the state’s population demographics.

The governor has also been routinely providing relief to thousands of people with prior marijuana convictions through the pardon process.

Advocates were disappointed last month, however, when a Colorado House committee defeated a bill that was originally meant to provide protections for workers who use marijuana off the job and allow medical cannabis patients to use their medicine at work—even after significantly scaling the legislation back to remove those protections altogether.

Georgia Voters Will Decide On Marijuana Ballot Question Next Month

A bill to legalize medical marijuana in South Carolina died on the House floor on Wednesday following a nuanced debate over the constitutionality of the legislative process that the measure has moved through—before any discussion of the merits of the bill itself could occur. Advocates had already expected pushback on the Senate-passed legislation sponsored by …

“That’s the problem we’re stuck with. It’s that time sensitive.” By Jason Hancock, Missouri Independent Whether or not Missourians will vote this November on legalizing recreational marijuana could be determined next week. Cole County Circuit Court Judge Cotton Walker faces a September 13 deadline to rule in a lawsuit seeking to block the marijuana initiative …

California bills to set up the framework for interstate marijuana commerce, streamline record sealing for cannabis convictions, safeguard firms that provide insurance to businesses in the legal industry and more are heading to the governor’s desk. There’s been a blizzard of cannabis legislation advancing through the legislature in recent weeks as the end of the …

A Pennsylvania bill meant to promote research into the therapeutic potential of psilocybin mushrooms for certain mental health conditions may be in jeopardy, with the sponsor saying that the chair of a key House committee is expressing reservations even after the legislation was amended in an effort to build support. The legislation from Rep. Tracy …